Manually testing chatbots can be a slow and error-prone process, especially when testing all potential customer journeys. The quicker and more reliable approach to testing is to rely on automated tests, which can be triggered with a click of a button, test all the functionality in a fraction of the time and even act as documentation.

In this article I will guide you through how to write automated tests for Genesys’ Web Messenger using a tool I wrote (in the absence of any others) aptly named Genesys Web Messaging Tester. As an aside, we use this tool at OVO as part of a CI/CD process to test our chatbots before they’re deployed to production.

If you want to see the tool and its code head on over to Genesys Web Messaging Tester on GitHub.

The tool I’ve written uses Web Messenger’s guest API to simulate a customer talking to a Web Messenger Deployment. Once the tool starts an interaction it follows instructions defined in a file called a ‘test-script’, which tells it what to say and what it should expect in response. If the response deviates from the test-script then the tool flags the test as a failure, otherwise the test passes.

It’s all pretty straight forward, and as a bonus, because the test-script looks a lot like a transcript (as you’ll see later) it can be shared with the wider business as documentation on how your messenger flow works from a customer’s perspective.

Firstly, we need to download and install the Node.js runtime. This will allow you to install and run the testing tool.

Next install the Genesys Web Messaging Tester tool by running the following in Command Prompt for Windows, or Terminal for Mac/Linux:

Once installed you can run the command web-messaging-tester --help to see how to use the tool.

We are now ready to write a test-script for a Web Messenger Deployment.

The highly contrived chatbot that we’ll use as the subject of our test does the following: 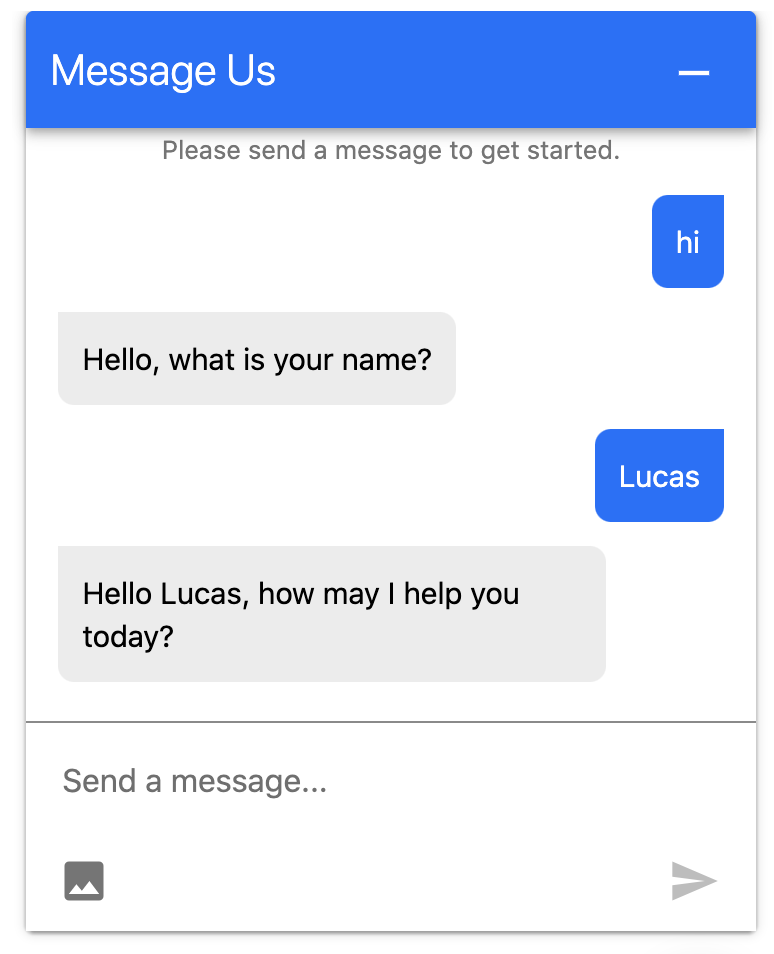 The test-script for such as simple bot is equally simple:

The test-script is written in a format known as YAML, and consists of two sections:

This section contains the attributes necessary for the tool to find the Messenger Deployment it will test:

This section contains a list of scenarios that you want to test, along with the instructions of what to say/expect beneath each of them. In this case there is only one scenario, but in reality you’d have many more.

The final and most satisfying part is now upon us, running the tests! It’s pretty straightforward, you just point the Web Messaging Tester tool at the test-script file:

Then watch it test the deployment:

Hopefully this article has shown how easy it is to test Web Messenger Deployments, along with the advantages that come with automation! However, automated testing doesn’t have to stop here… I’m working on another tool for automating the testing of call flows which I’d like to blog about soon.

Lastly, if you have any questions about the tool discussed in this article then checkout the documentation on its GitHub repository or Tweet me @SketchingDev.