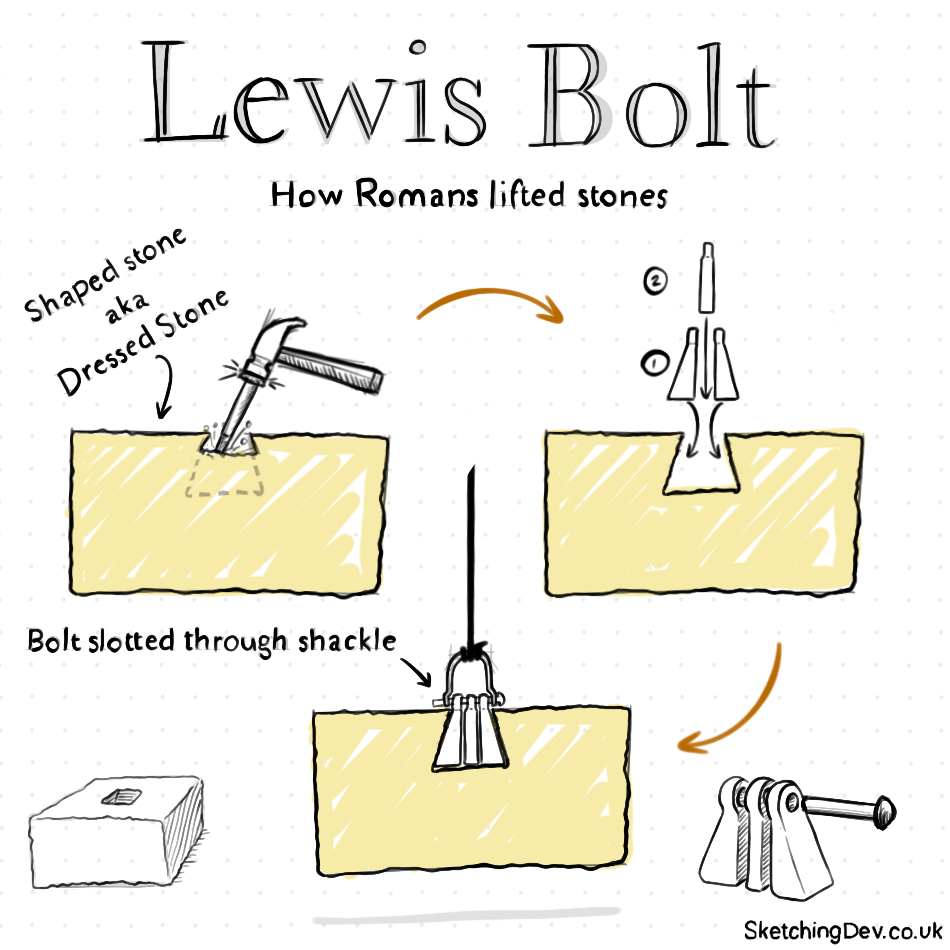 The Lewis Bolt was a device used by the Romans to lift heavy masonry. It sits within a dovetail-shaped recess chiseled into the stone and is inserted in two stages. First, the outer pegs are inserted and then a third peg is hammered between them, causing all three parts to match the shape of the recess. The stone can then be lifted by a shackle that is attached to the pegs via a bolt slid through a hole in the top of each peg.

This is an interesting device I learned about in Brunelleschi’s Dome by Ross King (page 63). The book suggests that the device was originally used by the Romans, and then rediscovered centuries later by Filippo Brunelleschi after he observed recesses in the stones of Roman architecture.