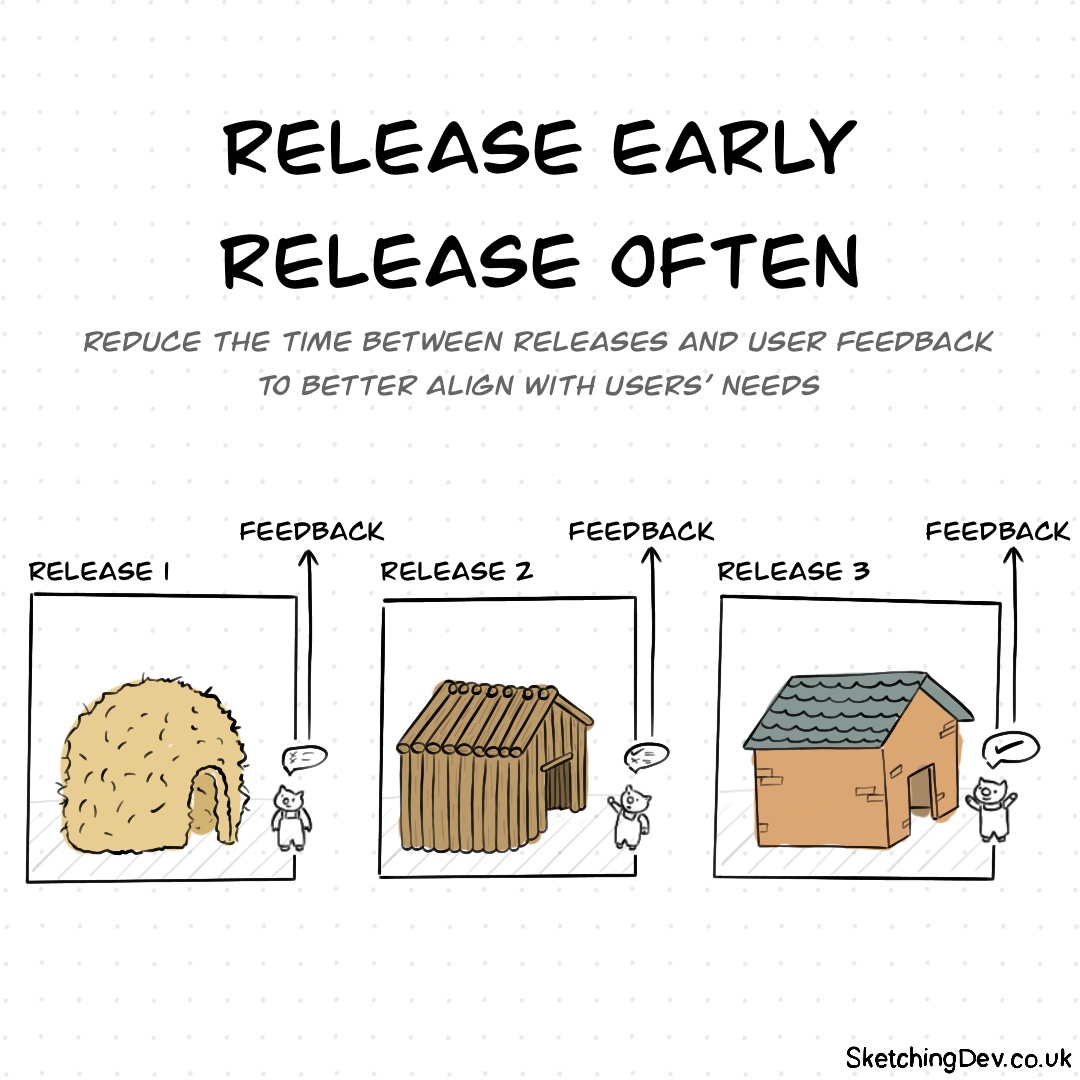 Release Early and Release Often is the philosophy of trying to reduce the time between releasing a new feature and gathering feedback from the people who matter the most, the customers. By reducing this time you’re more likely to create features your customer wants, and spend less time on those they don’t.

This philosophy is in stark contrast to what many companies use to do when they’d spend many months creating a feature-rich release only to find that customers would complain that features didn’t meet their needs or were missing altogether.